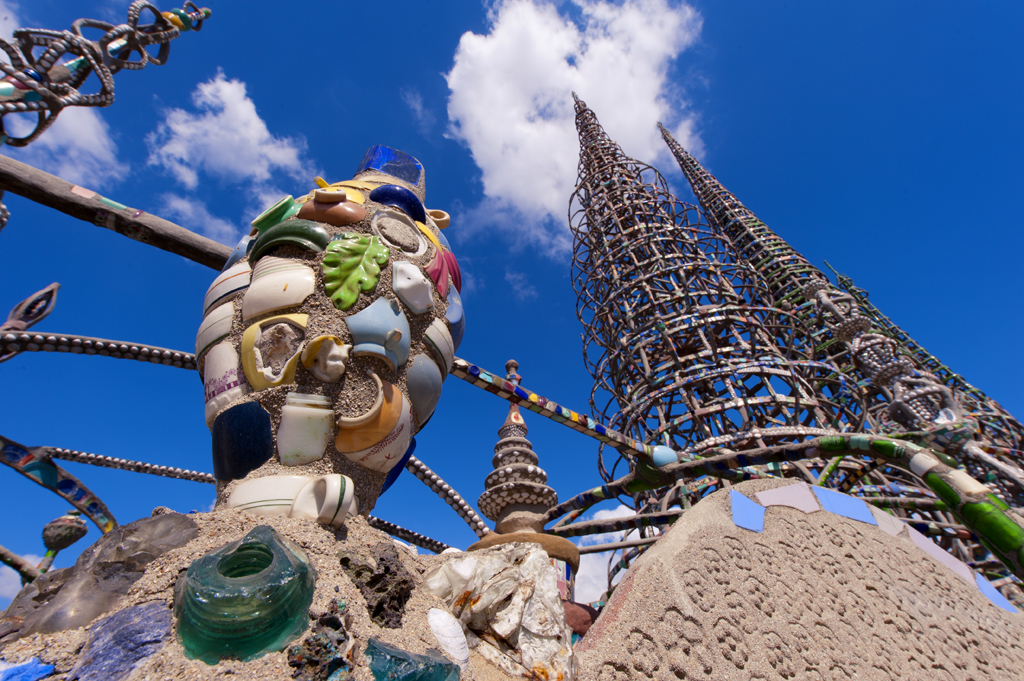 A work of monumental architectural sculpture, the Watts Towers are constructed of a structural steel core, wrapped in wire mesh which has been covered with mortar, and inlaid with tile, glass, shell, pottery, and rocks. Set in only a fourteen-inch foundation, the tallest of the towers is ninety-nine and a half feet tall. The west tower, begun in 1921, contained the longest reinforced concrete columns in the world upon its completion, an important record in the history of architecture. The stability of the entire monument is ensured by its innovative architectural design embodying universal structural principles found in nature.

This integrated series of works, combining artistic elements of sculpture and architecture, is an unparalleled example of an art environment constructed by a single, self-taught artist. Since coming to the world’s attention in 1959, the site has become the focus of cultural and aesthetic movements addressing issues of social and economic justice. To this day, the Watts Towers serve as a symbol of freedom, creativity, and initiative for the local African-American and Latino community and beyond.

The Watts Towers attract over 40,000 visitors yearly from across the nation and around the world including artists, poets, musicians, architects and social and cultural historians. As host and guardian of the site, the 55-year old Watts Towers Arts Center offers continuing arts and music education and exhibitions year-round for the local community.

The California Department of Parks and Recreation, with support of Simon Rodia State Historic Park’s operator, the City of Los Angeles, has requested the National Park Service’s Office of International Affairs to consider the National Historic Landmark Watts Towers of Simon Rodia State Historic Park (SHP) for inclusion on the US Tentative List. Completion of the U.S. Tentative list is the first step in the process of formally asking the United Nations Educational, Scientific and Cultural Organization (UNESCO)/World Heritage Committee to recognize the Outstanding Universal Value of this potential World Heritage site. 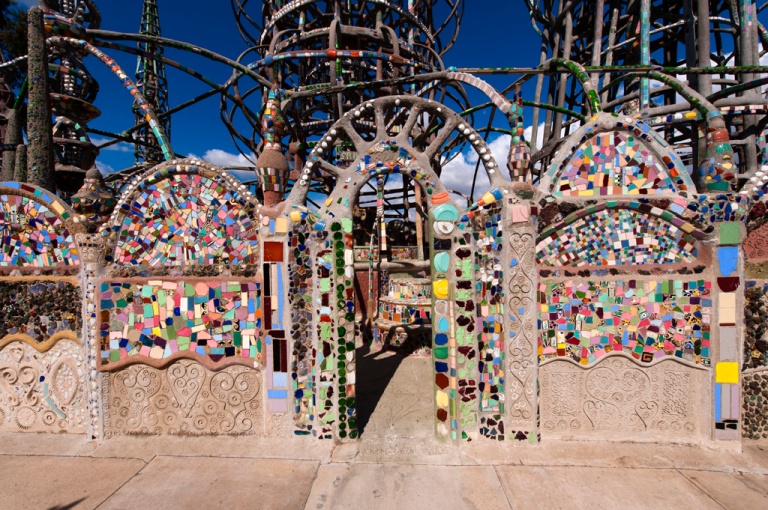 The Cultural Resources Division (CRD) of California State Parks has submitted the Tentative List form to the National Park Service on April 29, 2016 for Watts Towers. In the letter, State Parks made the case that the property meets the requirements for authenticity, integrity, legal protection and management that the World Heritage Convention needs for consideration of potential properties.